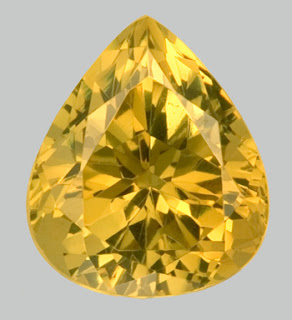 Grossular is a calcium-aluminium species of the garnet group of minerals. It has the chemical formula of Ca3Al2(SiO4)3 but the calcium may, in part, be replaced by ferrous iron and the aluminium by ferric iron. The name grossular is derived from the botanical name for the gooseberry, grossularia, in reference to the green garnet of this composition that is found in Siberia. Other shades include cinnamon brown (cinnamon stone variety), red, and yellow. Grossular is a gemstone.

Hessonite or Cinnamon Stone, is a more common variety of grossular with the general formula: Ca3Al2Si3O12. The name comes from the Ancient Greek: ἣσσων (hēssōn), meaning inferior; an allusion to its lower hardness and lower density than most other garnet species varieties. 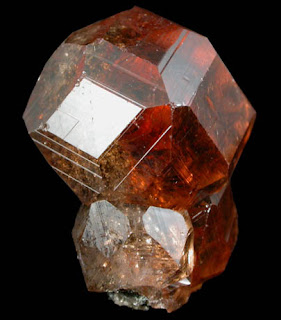 It has a characteristic red colour, inclining to orange or yellow, much like that of zircon. It was shown many years ago, by Sir Arthur Herbert Church, that many gemstones, especially engraved gems (commonly regarded as zircon), were actually hessonite. The difference is readily detected by the specific gravity, that of hessonite being 3.64 to 3.69, while that of zircon is about 4.6. Hessonite has a similar hardness to that of quartz (being about 7 on the mohs scale), while the hardness of most garnet species is nearer 7.5.

Hessonite comes chiefly from Sri Lanka and India where it is found generally in placer deposits, though its occurrence in its native matrix is not unknown. It is also found in Brazil and California.

Grossular is found in contact metamorphosed limestones with vesuvianite, diopside , wollastonite and wernerite. A highly sought after variety of gem garnet is the fine green Grossular garnet from Kenya and Tanzania called tsavorite. This garnet was discovered in the 1960s in the Tsavo area of Kenya, from which the gem takes its name. 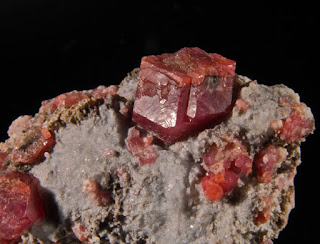 Viluite is a variety name of grossular, that is not a recognized mineral species. It is usually olive green though sometimes brownish or reddish, brought about by impurities in the crystal. Viluite is found associated with and is similar in appearance to vesuvianite, and there is confusion in terminology as viluite has long been used as a synonym for wiluite, a sorosilicate of the vesuvianite group. This confusion in nomenclature dates back to James Dwight Dana. It comes from the Vilyuy river area in Siberia. 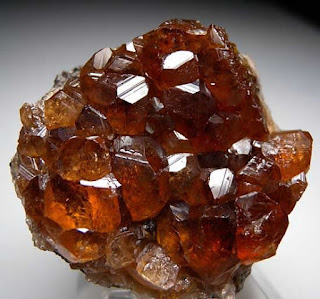