The  carbon elephant in the room: (Data from EIA) 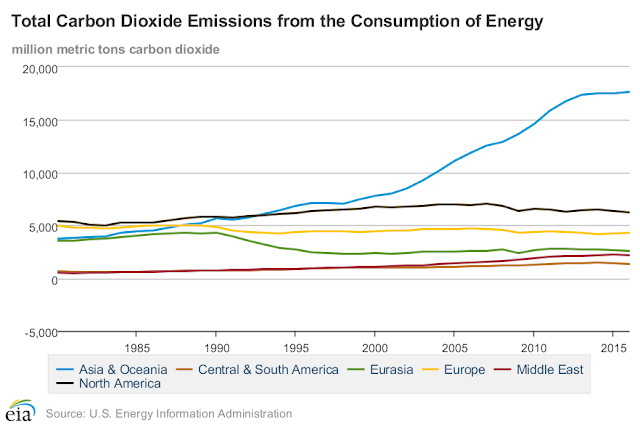 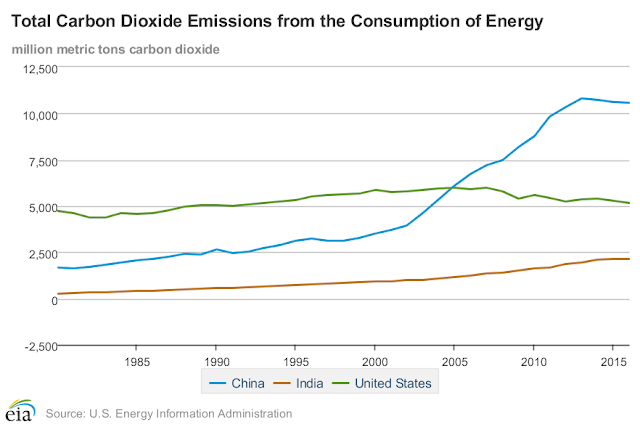 Just why have China's carbon emissions risen  so much in the last decade? 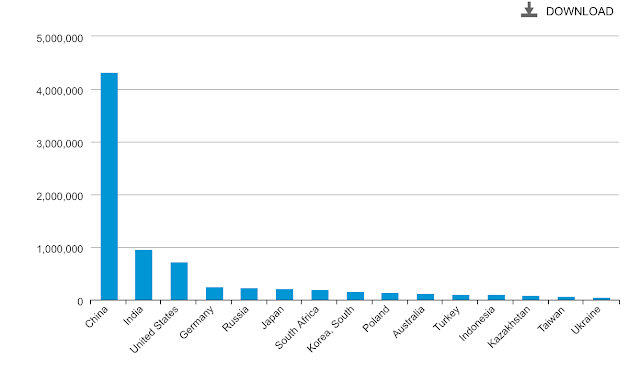 China  has been building  about one coal  fired  power  plant a week. 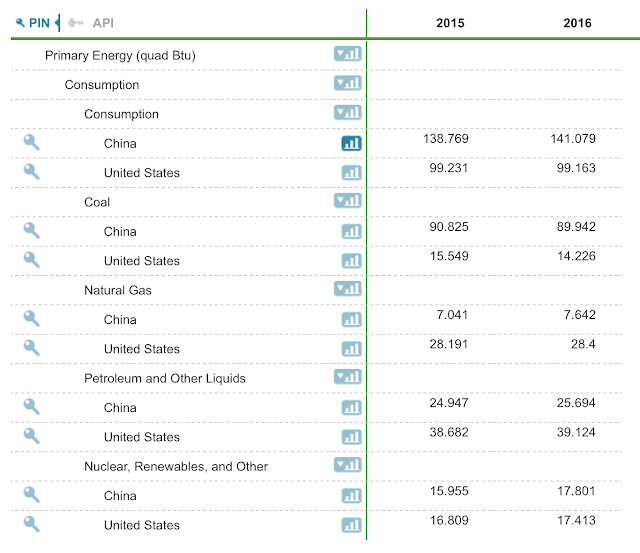 Why does this fact matter? Carbon policy seems to feature a lot of local responses to a global  problem, from a US Green New Deal, to Californians' interesting faith that electric cars and high speed trains are the best way to bring the rains and to prevent wildfires.

In my little  world of monetary policy, Bank of England governor  Mark Carney has taken the lead demanding a "commitment of all actors in the financial system to act will help avoid a climate-driven ‘Minsky moment’. " (The ring of nice bank you have there  it would be a shame if something should happen to it is unmistakeable in his comments.) He also channeled Bastiat's broken windows with the fallacy that "climate action bolsters economic growth." (In case you don't get the reference: investing in a technology that produces the same thing more expensively does not help long-run growth. It may help the environment, but it does not help growth. Carney isn't  the only one in a high place repeating this nostrum.)

Even the IMF has a new initiative to nag central banks of small countries having exchange rate crises that they need to take "proactive steps"  to "promote a greener world," with  “green quantitative easing” programs" to  "purchase of bonds funding energy-efficient/renewable projects." Let's see, just what is the  effect of, say, Argentina, moving to electric cars, on Argentina's GDP and ability to pay its debts, via lowering global carbon emissions, in the next decade or two? 0.0000000 ... how many zeros  do I  need before a digit?

And then China builds a new coal-fired power  plant. Trapping the mice will not clean up the droppings on the floor as long as there is an elephant in the room.

(Credit toFed Chair Jay Powell for staying off the bandwagon, declaring that  “Climate change is an important issue but not principally for the Fed,” and recognizing the increasingly forgotten limited mandate of independent central banks: “We’re not going to be the ones to decide society’s response. That is for elected officials, not us.” But this is really about how it gets done. The same elected officials can pass laws expanding the Fed's mandate to include the purchase of green new deal bonds, and Powell's  point is only that  they should do so and not nag him to do it on their behalf without legislation.)

A  puzzle:  Just  why has China  decided to grow via coal? Yes, they have a lot of it and can import it from Australia cheaply. But China also has plenty of nuclear expertise, and, apparently, the wherewithal to build 3,000 miles of tunnels and fill them with nuclear weapons. If a one-party state can  do  anything it ought to be able to avoid regulatory regime that has stymied modern-technology  nuclear power development in the US. The air in Beijing is testament to that! China could have electrified by nuclear energy, mimicking France, producing no carbon and none of the more pressing horrible smog.  Why did it not do so? Why is China  so energy intensive? I welcome comments from China experts.

More puzzles: Why is the climate policy world so blind to this elephant in the room? OK, I can see a certain lack of climate urgency in the Trump Administration, so that they would focus all China-whining on intellectual property and bilateral trade deficits might make sense. But why is the rest of the climate world not focused laser-like on the big problem, and so insistent on local efforts that will make no difference to anything?

HT to  Niall Ferguson who showed a version of this graph at the Hoover retreat.