My last post on taxes continued the question, who bears the burden of the corporate tax? Will a reduction in corporate taxes benefit stockholders or workers? It was a fun technical discussion.

The public, and politicians, analyze taxes entirely through the lens of who gains and who loses. Income redistribution, yes, but also redistribution from renters to homeowners, married to unmarried, young to old, city dwellers to farmers, Texans to Californians, and so on. The political and popular discussion is about taxES, and who pays what.

Economists serve best when they offer thoughts outside the standard left-right partisan divide. Our first function should be always to remind people that marginal tax rates matter to the economy not taxes. 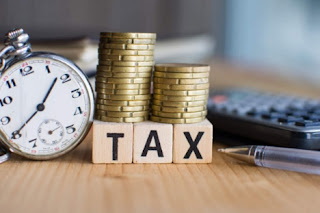 Our second insight is always to analyze things comprehensively. The Federal income tax is not what counts, the entire wedge between work and consumption matters. Whether the corporate tax is progressive or not does not matter, whether the overall tax code is progressive (plus the overall spending code, and forced cross-subsidy code!) matters.   Don't tax wine over beer to redistribute; tax goods evenly and achieve progressivity through a progressive income (or better, consumption) tax, or spend money on programs to help people whose distress is correlated (imperfectly) with beer drinking.

Economists may feel their moral sentiments about redistribution are really important. But we have little professional reason to argue our feelings are better than anyone else's. What we can argue is, if you'r going to do more or less redistribution, do it efficiently and comprehensively.

In this context, the current tax reform proposal, and its instant dismissal from self-identified Democratic economists, echoing political rhetoric, is a deep disappointment.

The economists' tax reform starts with a detailed breakdown by income. (I'm caving to political reality that our nation is obsessed with income, not more meaningful measures of economic advantage and disadvantage.) Then, we create a tax reform in which each group pays the same amount (ideally, bears the same burden), but trades lower marginal rates for fewer deductions, exemptions, and for the reduction or elimination of taxes that either highly distort economic activity or lead to lots of inefficient avoidance  (corporate, rates of return, estate).

In short, we aim for a revenue-neutral, redistribution-neutral, reform. We recognize that eventually tax rates must be high enough to cover spending. There isn't a big need to argue over Laffer effects. Even if scored as statically revenue neutral, when the economy booms, revenue flows in, and we have paid off the debt we can start lowering rates. We recognize that if the structure if the tax reform is fixed, we can later continue to argue over the right amount of redistribution.

1986 came close. It wasn't perfect. But at least the rhetoric was this, and politicians explained this goal to the public. You will pay the same taxes, but at lower rates for fewer deductions, and the economy will grow. And lo, it did.

For thirty-one years, we have waited to finish the job. As the tax code grew more complex, with higher statutory rates and more deductions, we waited to redo the job. Reform proposal came and went, with at least a nod to this amount of economic sense.

But no more. Now tax policy is all redistribution all the time. Democratic politicians have decided that their mantra is "tax cuts for the rich." Well, a slogan is a slogan. More sadly, self-identified democratic economists echo this mantra, and little other. Anytime you're arguing one side's talking point or another, you're doing little to illuminate a discussion.

Each provision is examined in isolation for its redistributive impact. It's profoundly hypocritical of course.  Tax deductions are indeed a "tax cut for the rich" since people in the 40% marginal bracket who itemize get a lot more than Joe and Jane down in the lower brackets. But you hear either silence, or pretzel logic defense, such as the New York Times defense of the profoundly regressive deduction for state and local taxes.

I was disappointed at both the rhetoric and the small progress of the administration's proposal's to date. Yes, cutting the corporate rate is a good idea. But they don't even try to argue for marginal rate reductions or incentives. The buzzword is to give "tax cuts to help the middle class," which the left can then argue is a "lie" or not. Once you fall for redistributionist rhetoric, once you say that tax policy is all about giving the right people more and the wrong people less money, I think the hope for a tax reform that actually gets the economy going is dim.

The holy trinity was off the table from the start -- home mortgage interest deduction, charitable deduction, and employer-provided health deduction. The fourth horseman of the apocalypse, the deduction for state  and local taxes, is in danger. (Sorry for mixing metaphors!) This is like a wayward husband saying, "sure, I'll clean up my act. However, the drinking, gambling, and smoking are off the table." The corporate tax reduction does not seem to be coming with a serious cleanup of the thousands of deductions and extenders, each catnip to the lobbyists who keep them in place.

The political challenge for a reform is to say to each group, "you're going to give up your deduction, yes even interest on future home mortgages. But, your rates will go down so much that you will end up paying no more overall, and as the economy grows you will pay less. I want your help holding the fort against those who will demand their deductions and subsidies." That's a deal that pretty much held together in 1986. But if we go into the negotiation saying "oh, and by the way the big three are getting theirs unscathed," and "therefore really big rate reductions are off the table," then the hope of putting that coalition together is gone. It's  a free for all, call your congressperson and make sure you keep yours.

The bottom line: I support the current tax proposal, as incomplete and flawed as it is. It is a step in the right direction. We get the corporate tax rates down to those common in that low-tax free-market nirvana, Europe. It is not, however, 1986 on its own.

I do not support the rhetoric. "Tax cuts" do not work absent spending cuts. Cuts in distorting marginal tax rates matter. The people in charge must surely understand this, so the choice to market it as "tax cuts for the middle class" represents, I think, an unwise rhetorical choice.  The American people are smart enough to understand this, and playing redistribution, bidding for support with handouts, is not a winning game.

Moreover, the sense I have from talking to people, less enshrined in economic theory, is that massive tax complexity and uncertainty are larger drags on growth than a stable simple but high tax rate would be. I see "simplification" in the rhetoric, but no substantial simplification in the body of the proposal. It leaves most of the "finish 1986" job undone, and unless magic happens on entitlement reform, this tax bill will be undone soon as the deficit widens. If it is all we get, and if it is passed as Obamacare was passed, with no votes from the other party, it will not give the sense of permanence necessary to induce a lot of investment and growth.

It needs to be a first step, not this generation's tax reform for the next 31 years. I understand the politics. Republican leadership needs to do something. If Democrats will unite in "resistance" to a bill celebrating mom and apple pie, they need to do something on their own. If they do something, and look like winners, they can get support to do more. But it must be that first step. And even so, I would have hoped for some more courage in the first step. Enshrining the triplet of deductions without  a fight, not even mentioning marginal rates, makes it ever harder to remove them in a second step.

And I wish I were hearing a lot of this, and not just echoing the political line "tax cuts for the rich," from top economists more critical of the proposals.