The discussion over health policy rages over who will pay -- private insurance, companies, "single payer," Obamacare, VA, Medicare, Medicaid, and so on -- as if once that's decided everything is all right -- as if once we figure out who is paying the check, the provision of health care is as straightforward a service as the provision of restaurant food, tax advice, contracting services, airline travel, car repair, or any other reasonably functional market for complex services.

As anyone who has ever visited a hospital knows, this is nowhere near the case. The health care market in the US is profoundly screwed up. The ridiculous bills you get after the fact are only one sign of evident dysfunction. The dysfunction comes down to a simple core: lack of competition. Airlines would love to charge you the way hospitals do. But if they try, competitors will come in and offer clearer, simpler and better service at a lower price.

Fixing the supply of health care strikes me as the policy win-win. Instead of the standard left-right screaming match, "we're spending too much," "you heartless monster, people will die," a more competitive health care market giving us better service at lower cost, making a cash market possible, makes everyone's goals come closer.

But even health insurance and payment policy is simple compared to the dark web of restrictions that keep health care so uncompetitive. That is deliberate. Complexity serves a purpose -- it protects anti competitive behavior from reform. It's hard for observers like me to understand what's really going on, what the roots of evident pathology are, and what policy steps (or backward steps) might fix them.

Dominant hospital systems use an array of secret contract terms to protect their turf and block efforts to curb health-care costs. As part of these deals, hospitals can demand insurers include them in every plan and discourage use of less-expensive rivals. Other terms allow hospitals to mask prices from consumers, limit audits of claims, add extra fees and block efforts to exclude health-care providers based on quality or cost.

The effect of contracts between hospital systems and insurers can be difficult to see directly because negotiations are secret. The contract details, including pricing, typically aren’t disclosed even to insurers’ clients—the employers and consumers who ultimately bear the cost.

Among the secret restrictions are so-called anti-steering clauses that prevent insurers from steering patients to less-expensive or higher-quality health-care providers. In some cases, they block the insurer from creating plans that cut out the system, or ones that include only some of the system’s hospitals or doctors. They also hinder plans that offer incentives such as lower copays for patients to use less-expensive or higher-quality health-care providers. The restrictive contracts sometimes require that every facility and doctor in the contracting hospital system be placed in the most favorable category, with the lowest out-of-pocket charges for patients—regardless of whether they meet the qualifications.

The restrictions in some hospitals’ contracts mean “you must always include them,” said Chet Burrell, former chief executive of CareFirst BlueCross BlueShield, which offers coverage in Maryland and the D.C. area. “If their costs are 50% higher for the same service, you have to include them. That cost is directly built into premiums…in the end the buyer of the service pays that.”

Hospital systems with restrictive language in their contracts can also protect their position by limiting rivals’ ability to draw patients based on lower prices, insurance executives said.

In some cases, contract clauses prevent patients from seeing a hospital’s prices by allowing a hospital operator to block the information from online shopping tools that insurers offer. Because of such restrictions, some health-insurance enrollees can’t find prices for hospital systems, including BJC HealthCare in St. Louis and NewYork-Presbyterian.

The article is full of these great details, but less clear (understandably) on the fundamental mechanism driving this behavior. One pattern I see is that lack of competition is necessary to buck up government-mandated cross-subsidies. (Previous posts here and here.) The government mandates that hospitals cover indigent care, and medicare and medicaid below cost. The government doesn't want to raise taxes to pay for it. So the government allows hospitals to overcharge insurance (i.e. you and me, eventually). But overcharges can't withstand competition, so the government allows, encourages, and even requires strong limits on competition.

You get a flavor for that here:

... hospitals often receive extra charges, known as “facility fees,” that are supposed to cover the extra costs associated with care given in a hospital setting, including regulatory and safety standards that apply to hospitals. Hospitals can often impose these fees after they acquire an off-site clinic or office.

American Hospital Association executive vice president Thomas Nickels said facility fees, which are also paid by Medicare, are needed to cover the extra costs that hospitals must shoulder, including treating any patient who needs care. “We have far more regulatory requirements, legal requirements, facility and structural requirements” than other providers, he said

Indeed. But in a competitive system, high cost producers are driven out, whether that high cost is real or regulatory.

Medicare and Medicaid abet this cross-subsidy by paying higher rates for the same service offered in a hospital than they do at an outpatient clinic, and more at a clinic than in a doctor's private office.  Hospitals have cleverly reacted to this opportunity:

Hospital systems have also been snapping up other types of providers, including doctor practices, clinics and outpatient surgery centers, and raising these providers’ prices. A study published in April in the Journal of Health Economics found that doctors’ prices increased on average by 14.1% after they became part of hospital systems.

In many cases, insurer-hospital contracts allow hospitals to move these new acquisitions immediately to the hospitals’ reimbursement rates—which are typically far more generous for the same services. That leads to a fast markup in prices.

The nice graph to the left illustrates this phenomenon.

The tone of the article leads naturally to the usual morality play of nefarious behavior and greed. That's the wrong lesson. Hospitals do have to satisfy the government's demand for cross subsidies, and if they must compete they can't do it.

This won't be fixed by more regulation, or the FTC going after hospitals to force them to be more competitive while the rest of the health care system forces them to be less competitive.

I am reminded of two old Soviet Union jokes.

1) The border guard catches an American trying to smuggle in jeans. (Selling jeans in Russia used to be very profitable.) He demands a bribe. The American answers indignantly, "what kind of communist are you, demanding personal bribes?" The Russian answers, "you Americans should be pleased to see entrepreneurship! That's the capitalist system, no?" The American answers, "no, the capitalist system is greed subject to the discipline of competition."

Medicine is missing the discipline of competition.

I also made an appointment to see a private doctor to get an FAA medical exam. (That's another example of a complete waste of time and money, but that's for another day.) There is no insurance, you pay for these out of pocket, and a lot less than any bill from Stanford hospitals. The lady who answered the phone said, "do you want to come in this afternoon or tomorrow?" 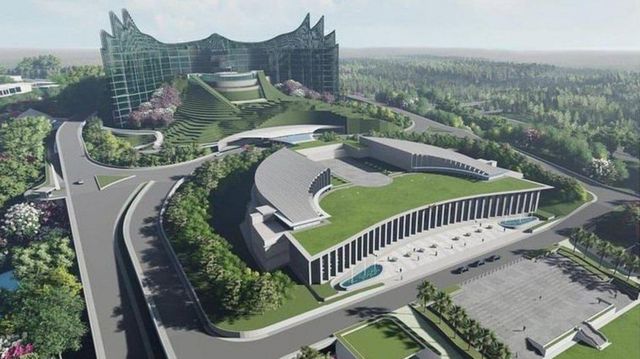